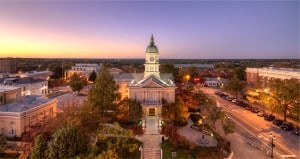 Do you know which city in the United States has been named one of the Best Places to Retire in 2015 by both Forbes AND Money Magazine? It’s no other than Athens in Georgia! Year after year, more seniors choose to retire in this city. Athens, GA is more than just a place that a famous college football team resides. It’s got all that southern charm that people want in the south and decidedly more laid back than it’s metro counterpart in Atlanta.

Athens is known to be a university town, and several schools such as the University of Georgia has created a retirement program for those retirees who want to continue learning. Recently, there hundreds of retirees aged 50+ and above who are active in learning that attend UGA. Several administrators of the university had also noted that, aside from the education, a lot of seniors like to attend their events such as concerts and plays.

The city has an organization whose mission is to provide for the well being of the older residents. The Athens Community Council on Aging has 14 programs catered to the retirees’ needs. Programs such as Adult Day Health, Meals on Wheels, GeorgiaCares, Transportation, and more are available to the seniors in the community including retirement communities.

In downtown Athens, there is an abundance of restaurants, cafes, and bars that residents can go to for their dining needs. There are also shopping locations like bookstores and boutiques. There are two award-winning hospitals as well as health spas inside the city for the residents’ medical and wellbeing needs. There are also parks for recreation.  In addition, Athens is just over an an hour and half to Atlanta, making it popular for those that wanted to relocate to Atlanta but couldn’t bring themselves to live in a metropolitan area.

Athens GA is a complete town in Georgia, which means it has it’s own economy.  So if you want to simply enjoy the retirement life and enjoy the outdoors you can do that.  However, if you are a retired SEO Consultant or perhaps an accountant, you can always find work in Athens.

Athens is definitely one of the best places to retire, and that’s saying something considering that Georgia is the 9th best state to retire to.   Currently you can expect to pay roughly $139,000 for the average home in Athens, GA (that’s considerably less than even Duluth, GA which is only a 30 minutes away).  The cost of living in Athens is about 1% less then the national average.   However, many people report the cost of living in Athens, GA retirement to be far less than where they moved from.

Looking to retire further south, ckeck out our Retire to Florida page. 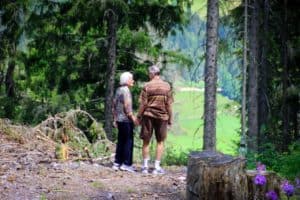 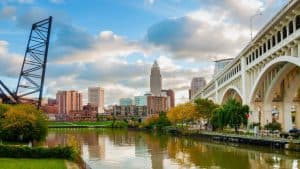 The 10 Cheapest Places To Retire To In The US