2 High Growth Cities In Texas To Retire To

The economy of Texas is now valued at $1.8 trillion, the second largest in the US. The business scene is also one of the busiest in the country. According to the recent records from Forbes, 102 of the 1,000 largest private and public businesses, such as Dell, ExxonMobil, and AT&T, in the US are in Texas. This is the reason real estate all over Texas is booming, and why Texas is a top 5 best state to retire to.  Most consider Austin to be a tech hub but Dallas, San Antonio and Houston are all experiencing amazing growth.

Dallas in particular is an often overlooked retirement destinations.   While you might not consider growing cities as  a retirement community option, the suburbs of these communities often have solid economics that have benefits outside the normal “retirement” criteria.   Frisco and McKenney are two cities that are experience rapid growth for good reason and should be on your radar for retirement especialy if you’re thinking of retiring to Texas..

Recent data from WalletHub shows significant population for both Frisco and McKinney. Both cities landed on the top 5, with Frisco on top of the list and McKinney on the 4th spot.

Economic stability is one of the factors people consider when looking to move and retire. The good news is that these two progressive cities have some of the country’s most lucrative properties. The median property value for both cities increased by 11%, with Frisco now at $335,900 and McKinney at $255,300.

Based on WalletHub’s data, McKinney and Frisco are also on the top five cities with the highest job growth. McKinney is on the 3rd place, while Frisco bags the 1st spot.

According to 2017 data, Frisco employed more than 77,646 people. This number includes 11,601 jobs in the technical, professional, and scientific services; 8,550 in the retail trade; and 8,486 in the insurance and finance sector.

Both McKinney and Frisco are known for their high-paying oil extraction, mining, and quarrying companies.

With the vibrant economy of Frisco and McKinney, one can easily say that living in these cities is a good choice. You’ll enjoy a relatively comfortable commute, as both cities have an average travel time of 26.7 minutes from each other.

Frisco has a variety of travel attractions to choose from, whether you’re a nature lover, history enthusiast, or a food aficionado. If you’re a nature lover, you’d probably love to take a walk at the Bicentennial Park or the Texas Sculpture Garden. If you like to know more about history, you can drop by the Frisco Heritage Museum or the Museum of the American Railroad.

As for McKinney, the city lets you enjoy the same equal mix of nature and urban life. History enthusiasts will certainly enjoy a walk at the Chestnut Square Historic Park or the Historic Downtown McKinney. If you feel like basking in nature’s refreshing allure, you can visit Erwin Park or Towne Lake Recreation Area.

These are reasons enough for you to start looking for homes for sale in Frisco TX or McKinney TX as soon as possible. 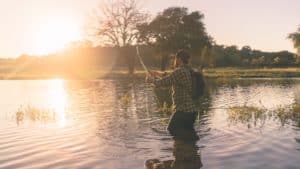 The Best Retirement Cities in Texas 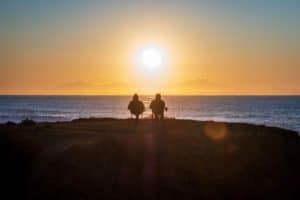 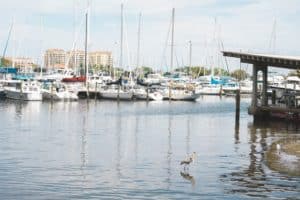 9 Vacation Cities That Make Great Places to Live and Retire